Hello All! A very Happy Memorial Day to everyone. On this day, we pay our respects to the many veterans who served our country. For that, we are and will always be extremely grateful. Thank you!!!

One of the ways we pay respect is by gathering with friends and family and essentially eating vast quantities of food. This year, I was a ahead of the game for once and was prepping the macaroni salad the day before. That stuff always tastes better the next day anyway.

I was assembling the ingredients to make the dressing. Mayo, sour cream, sugar, salt, pepper, and dry mustard. Dry mustard. I pull the “tin” down from the top shelf in the cabinet. I am not a tall person, so this event occurs with a bit of straining on my part.

When I finally get the mustard down, I notice it is brand new. That causes a memory to flash thru my mind. This memory is of the LAST time I used dry mustard. I mentioned it’s on the top shelf of the kitchen cabinet. The LAST time I grabbed the mustard, it slipped from my hand and fell. On the way down, the lid came off and mustard went everywhere. I mean EVERYWHERE. It was all over me, the counter, the stove, the sink. It might have even found it’s way to one of our cats. Needless to say, I was pissed. Mostly at myself because I should have been more careful, but at the poor packaging design that causes this to occur. I don’t seem to recall having an accident like this with the Cumin! Granted, that’s on the lower shelf.

So here we are again, the dry mustard and I. There is no love lost between us. We both have a job to do so let’s just get it over with, right? I score the tape that is holding the lid on and try to carefully pull the lid off. Nothing. I look at the lid again. Looks like I scored it on the wrong spot. Okay.

I score the lid again,and try to lift it. Still not budging. Now I am impatient. This same lid had absolutely no problem coming off in midair before! I grab the box with one hand and the lid with the other and give a decent pull. Sure enough, off comes the lid…along with a good bit of the mustard that is…you guessed it…EVERYWHERE. All over my arms, the floor and some on my face. Seriously!!! Can this be happening to me, again? What the hell.

Hey friends.  As I mentioned in my last post, I got a new rig for my camera.  In theory, this rig will allow me to mount my camera with the lens facing straight down so that I can take overhead still life shots.  But I gotta say, this thing looks kind of intimidating.  I mean, the more I look, it appears more like some type of “information gathering” device they might use at Gitmo.  Not that I have any first hand knowledge about that!  But seriously? Look at it! 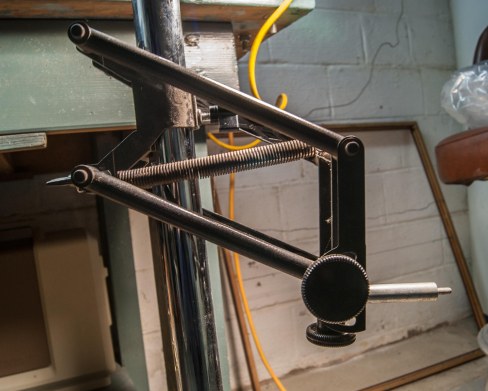 Where is Sir Laurence Olivier when you need him?  Is it safe?  I.  Don’t.  Know.

But as I think I have said in earlier posts, we don’t learn anything by not trying.  Time to leave the “safe” zone.

I was having a bit o’ trouble coming up with subject material.  When in doubt…hit the art supplies cabinet!  I found a box of colored pencils.  And they were mostly sharpened and everything!  I guess I haven’t used them lately…or at all.  I took a few pics.  They look a bit blurry to me, but you will get the idea.

From the art supplies cabinet, I moved to the next logical location, the kitchen!

I don’t know if I can taste the freshness…but I can definitely sense the sugar coma.  Speaking of that, today we received a treat from our friend.  I don’t know if means anything that she gave us each one for free, but I think the name says it all.

To all my friends that are parents, a word of caution.  If the Easter Bunny leaves one of these in your kid’s Easter Basket…Be afraid.  Be very afraid. 🙂

Hello Friends!  I know it has been far too long since my last blog post.  I went away on vacation, took a bunch of really fun pictures, and proceeded to never blog again.  Well, I am not one for New Years Resolutions. However, I am one for changing up the routine every now and then!  And granted, this is sort of going back to my old routine…but it’s still a change from the current, right?  So we will call that a win.  At least for today.

I have also fallen out of the practice of going on my weekly outings…mostly because this winter has been rather cold, gray, uninspiring…did I mention cold?  Fear not!  I have received a new toy that I plan to use on a weekly basis to help keep those creative juices flowing, even on days when it feels that my blood has stopped.  Say hello to my little friend! 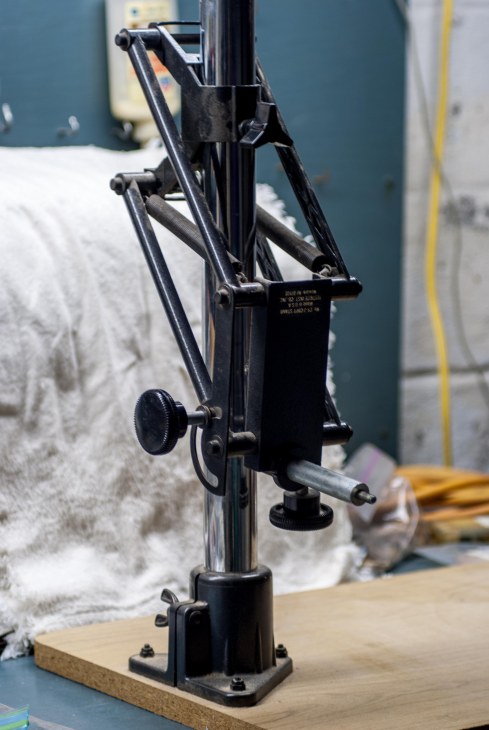 Have you forgotten already that I speak in movie quotes?  Not to worry.  You’ll be reminded repeatedly.  My new toy is an apparatus I can mount my camera to and take still life pictures.  It was a “gift” from my parents.  They are in the process of cleaning house and asked if I wanted this.  I said “Abso-freakin-lutely!  I need more stuff!”  Well, no I don’t, but I definitely needed this!  Also, the peeps from the TV show “Hoarders” have not approached me…yet.  So I figure I have some time to play with this thang.  Now that I have the stand at my home, I just need to decide on a subject. Hmmmmmm.  Suggestions, anyone?  Bueller?  Bueller?

I thought I would post this pic of Cherry Tomatoes I took at Tyler Arboretum in Media, PA a few weeks ago.  It demonstrates growth not only by the tomatoes that have grown, but by the fact that some are more ripe than the others.

Unfortunately…again…this weekend, the chore gods aligned against me and prevented my weekly photo jaunt.  Don’t you just hate those pesky chores that keep you from being able to the things you would really prefer doing?  Someday, I would like to have a staff of people to do things like the cleaning, cooking, laundry, etc.  A staff to remove the weeds that are now the size of small trees, even though there has not been any significant rain.  Yeah, the day of having a staff of chore doers is certainly a long way off (and by “long way off” I mean never gonna happen).  As in the past when this has occurred, I improvise.

I had been anxiously awaiting the flowers on my PeeGee hydrangea. Why?  Because all my other flowers are gone.  The spring flowers bloomed long ago and the last of the daylilies just finished.  My garden is still a work in progress (like most things in my life) as I try to add more that will bloom at different times over the summer.  Right now, it is just a little lacking in that area (ok, a lot lacking – I admit it!).  But at long last, my PeeGees have bloomed!  Oh, happy day!

My PeeGee’s are one of my garden success stories.  I wanted to add flowering trees to my backyard to act as a screen from the neighbors.  I started researching and discovered that PeeGee’s can be trained to become trees.  I also found that if you want to buy them that way, they are expensive.   I got mine from the Arbor Day Foundation about four years ago.  I bought four for $20, or $5 bucks a tree.    I thought I was a total genius until they arrived.  It was basically a “Stick in a Bag” tree kit.  Still for $5, I figured I could be patient.

Four years later, they are not yet trees, but they really want to be.  Their branches are plenty long enough to be trees, but the trunk part is just not quite tall enough yet.  I can relate to this.  Growing up, I was always the shortest kid in the class.  It didn’t help matters that my last name (before marriage) was Short.  Seriously, could you get luckier than that?  It certainly didn’t result in clever taunts like “Do you know why your last name is Short?  Cause your short!”  No, not at all.  Actually, there are way worse last names out there.  At the risk of offending someone, I’m gonna refrain from mentioning anything obviously worse….well, maybe just one….no…not gonna do it.

Anyway, my little PeeGees have extra long branches, resulting in blooms that either touch or almost touch the ground.  It doesn’t make photographing them an easy task.  However, it did make for some interesting pictures and some interesting grass stains on my clothes as I lay on the ground trying to get a good angle. 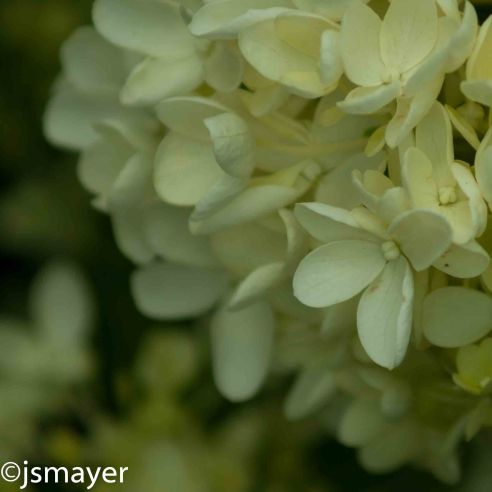 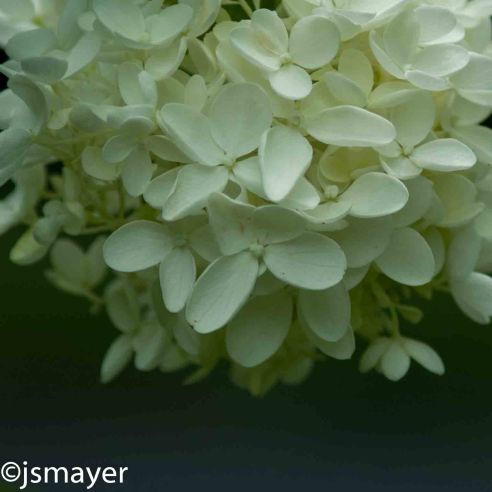 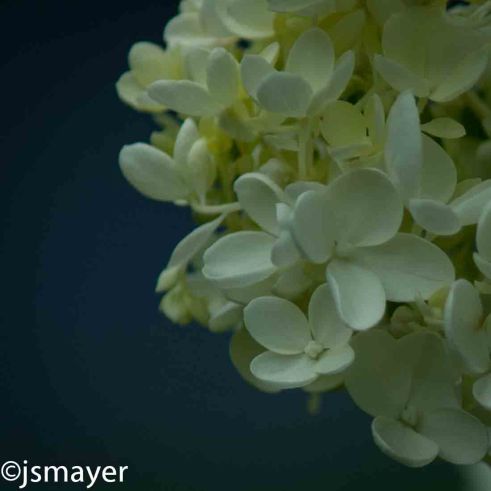 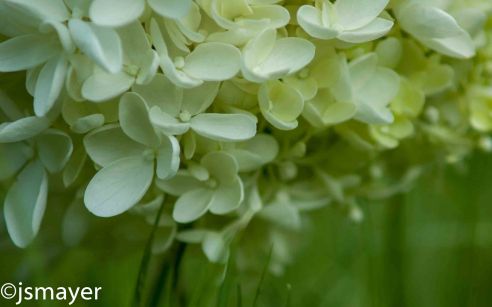 So, until my PeeGee’s are all grown up, I’ll just have to keep the good stain-fighting laundry detergent around.  Ugh, laundry!

Here is my submission for the Weekly Photo Challenge: Purple.  About a month ago, I found these Prairie Gayfeathers just starting to bloom at my Parent’s house when I went for a visit.  Thank goodness I had my camera!  I love the different textures of this flower as it blooms.

I had so much material to work with this week, that I didn’t feel I could fit it all into one featured foto post.  The benny?  A sequel!  Who says sequels aren’t as good as the original?  Well, anyone who has seen Teen Wolf Too, I imagine.    Although Jason Bateman has really made a career for himself in the last decade.  But I digress.  Here is the best of the week, too!  Two?  Too! 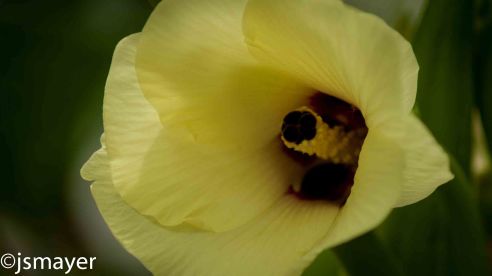 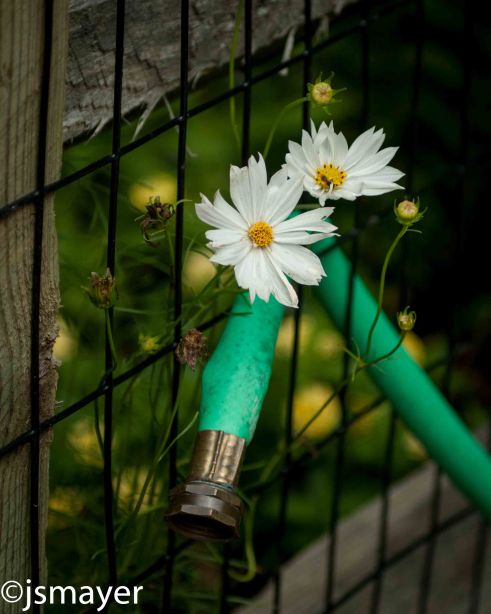 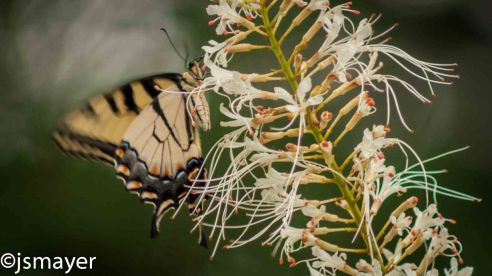 A butterfly resting on a statue of a creature that would eat him/her.  Isn’t it ironic. Don’t cha think?

It’s Feature Foto Friday my friends!  Here is the best of the week, this week. 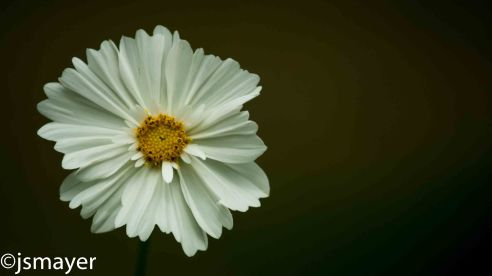 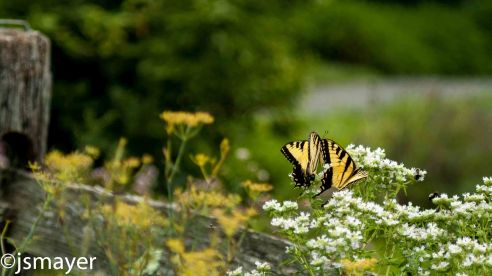 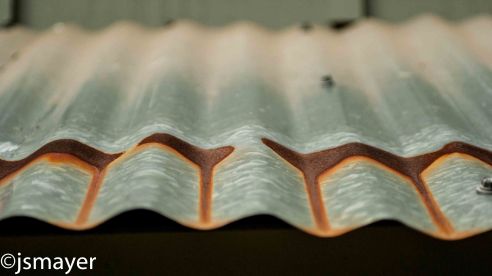 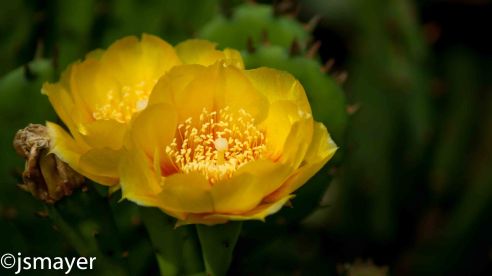 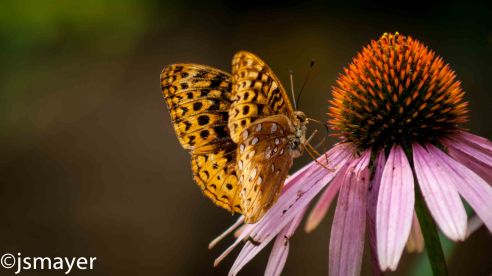 Oh sure, flowers and butterflies always get all the attention.  They get invited to the best parties, their phones are always blowing up, treated like P Diddy! Or Ke$ha.

What about vegetables?  Sure, they might not be as obviously pretty (even though in most cases they started as flowers), but that doesn’t mean they aren’t interesting!  You might even say they have a sense of humor!  Ok, even I wouldn’t say that.  But come on, give ’em a chance to shine!  And on more than just the plate! 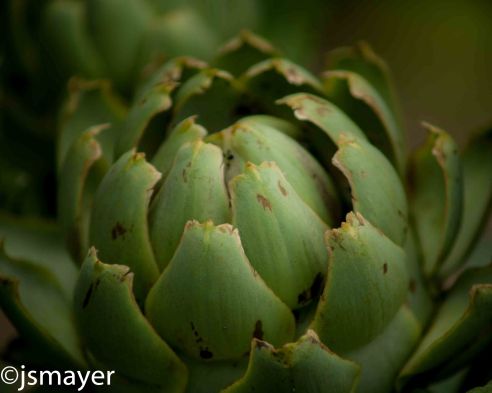 So after you have lavished all the love and attention on the flowers, don’t forget to save just a little for the beauty of those that will soon dress our dinner plate.

Wow, I better go get something to eat.

Butterflies sure are pur-ty.  But there are other bugs that photograph well, if you can catch them in action.  For example, bees are loads of fun.

Caterpillars are also pretty cool.  Although some might argue that they are just pre-butterfly.  Some might also argue that they are not hard to catch on film as they move rather slowly.  To those people I say, “Look, I took over 300 pictures in just two hours.  I have tons of material I would like to share, which means sometimes the lines have to be blurred a little.  So, how ’bout I write the blog post, and you just read, ok? Ok.”

But, the bug that really tops them all, the pièce de résistance, is the dragonfly.

Why is the dragonfly special?  Aside from just looking really cool, those buggers (no pun intended) are really difficult to get in focus.  I think it’s the clear wings.  I’m happy, I got one!

What can I say?  Bugs besides butteryflies…are beautiful!

More Photos
The Door is a Jar
Blog at WordPress.com.
Loading Comments...